“SPORT AND HOMOSEXUALITY IS STILL A DIFFICULT COMBINATION” 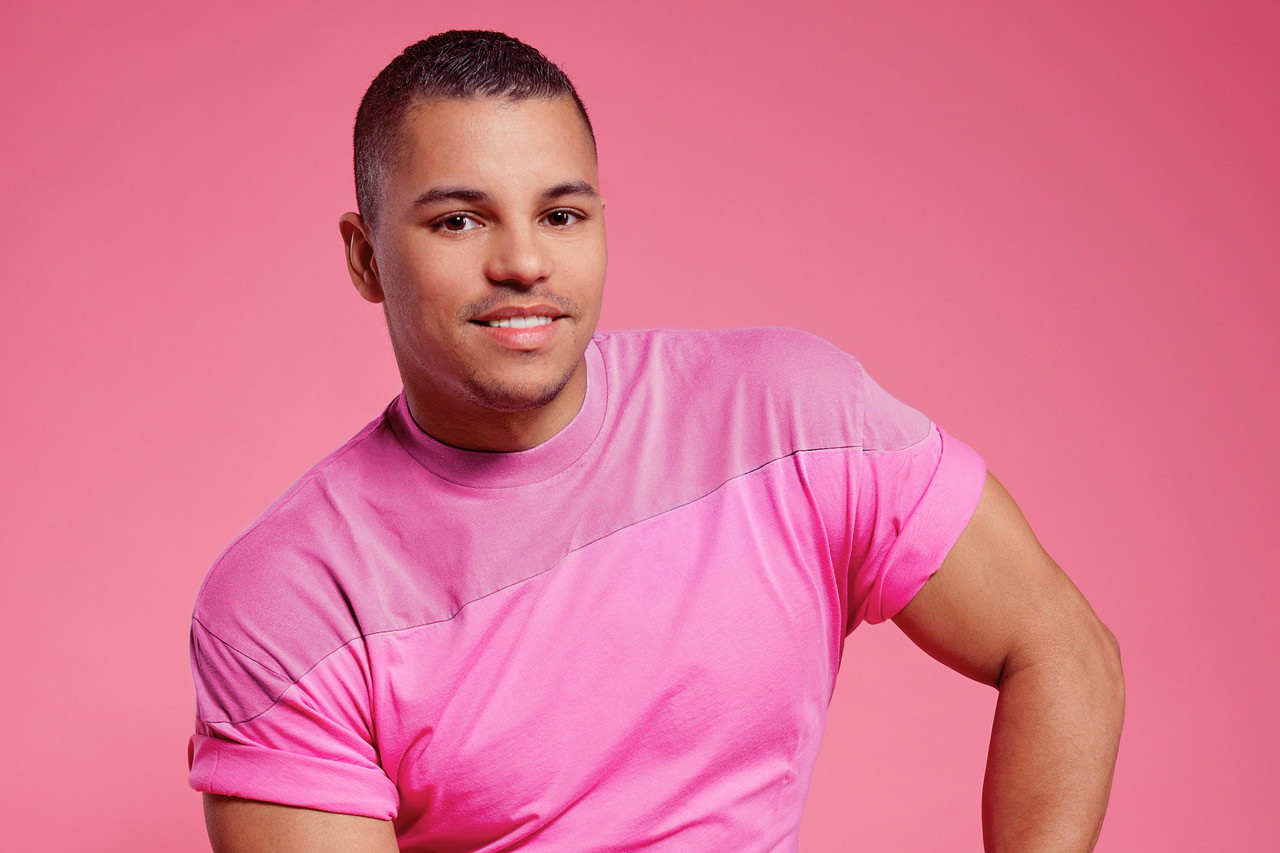 Former top gymnast Jeffrey Wammes was super proud when he was asked by Pride Amsterdam to become one of the 2019 ambassadors. “It’s a great honour for me. Because personally, it means a lot to me. Actually, it is pretty strange that Pride is still needed. There is still a taboo on it. ” In a candid conversation near the Amsterdam Olympic stadium, he enthusiastically talks about his career in sport, coming-out and his ambassadorship. Smiling cheerfully, he comes into the cafe-restaurant. With his muscular body and cheerful smile, he attracts all the attention.

HORIZONTAL BAR
From an early age, Jeffrey Wammes was fascinated by gymnastics. As a child, the horizontal bar was his main discipline and his talent was soon discovered. He trained hard and the prizes started coming. At the age of seventeen, he made his international breakthrough. For the first time in history, a Dutchman wins two gold medals at world cup competitions. It means the start of his career as a professional athlete. During the World Championships in Melbourne (2005), Australia, he and his sports companion Epke Zonderland qualified for the all-around final. At that time, they are the first Dutchmen in history to achieve this. As a token of appreciation for these outstanding performances, he became Amsterdam Sportsman of that year in 2010.

PEACOCKING
Barely a year later, the sportsman comes publicly out of the closet in the glossy gay magazine L’Homo. He is just 23 and thinks it’s time to tackle his coming-out. “There are only a few athletes who come out and that is a shame. I think that is because they are afraid of bullying and discrimination. When I came out of the closet I only got positive reactions. My sport is not a team event and that makes it different from football, for example. If you have a few “roosters” in the dressing room after the football game, then I understand that it is difficult. If a football player says he is gay, the world is too small. That is actually very strange. It is really time for a well-known and successful football player, for example, a player who makes many goals, to come out. I really think that would be good. The more you perform, the easier it will be to come out. “

DEAFENING SILENCE
His interview with L’Homo made a big impression at the time. His story and accompanying photos were impressive. “I wanted to be ahead of all the gossip.” The fact that he did not hear anything from the athlete union in his open coming out is still bothering him. “I received no response from the union. It remained deafeningly silent. I would have really liked a listening ear at that time. But none of that.” Does he see that as a missed opportunity? “Absolutely. I thought it was very strange I received no response at all. I managed, but that does not apply to everyone. “

ACTIONS RATHER THAN WORDS
In the meantime, the athlete union has put the LGBT topic on the agenda. It appears to be a careful step. “They are now taking it seriously and I am very happy about that. The union must of course also radiate that they stand for equality and show not only in words but also in deeds that they do something with it. I was successful and strong enough, but no matter what, you need support.”“I have always been very open about my homosexuality. Why not?” He asks, smiling.

SPORTS BOAT
He thinks that a sports boat with representatives of seventeen sports associations and the NOC * NSF (Dutch sport organization) will sail along during the upcoming Canal Parade, he thinks is super. “Fortunately, there is no longer such a taboo on it. I myself notice that homosexuality is increasingly accepted in sport. ” He can still remember his first Pride. “I knew the boat parade from television. When I saw those extreme images of men with bare torsos I had to swallow. Later when I first joined myself, I saw that it is only a small part of the Pride. For me, the introduction to the Canal Parade was mostly fun and enjoyable.”

HORRIBLE
The increasing violence against gays is a thorn in his side. “I have never been a nuisance myself, but I do know the stories of people from my circle of friends. Horrible.” According to Jeffrey, that is very double: on the one hand, homosexuality is increasingly accepted by young people in particular, and on the other hand there is anti-gay violence. The message that he will emit as Pride ambassador this year is only one explanation. “I will say everywhere how important it is to be yourself.” That a sports boat will sail this year can count on his approval. “It was time.” Despite the fact that he no longer practices his sport at the highest level, he remains an active gymnast. “Sport means a lot to me.”

ROLE MODEL
More homosexual athletes should follow his example, many people say. He is surprised that he is seen as a role model. “If someone doesn’t accept me, so what? There are so many people who do. I do not allow anyone to have a negative impact on my life. ” Dan: “You shouldn’t take stuff personally. In particular, do not be a victim. I never did that myself. I prefer to invest my energy somewhere else. “

“MY MESSAGE IS ESPECIALLY TO BE YOURSELF”