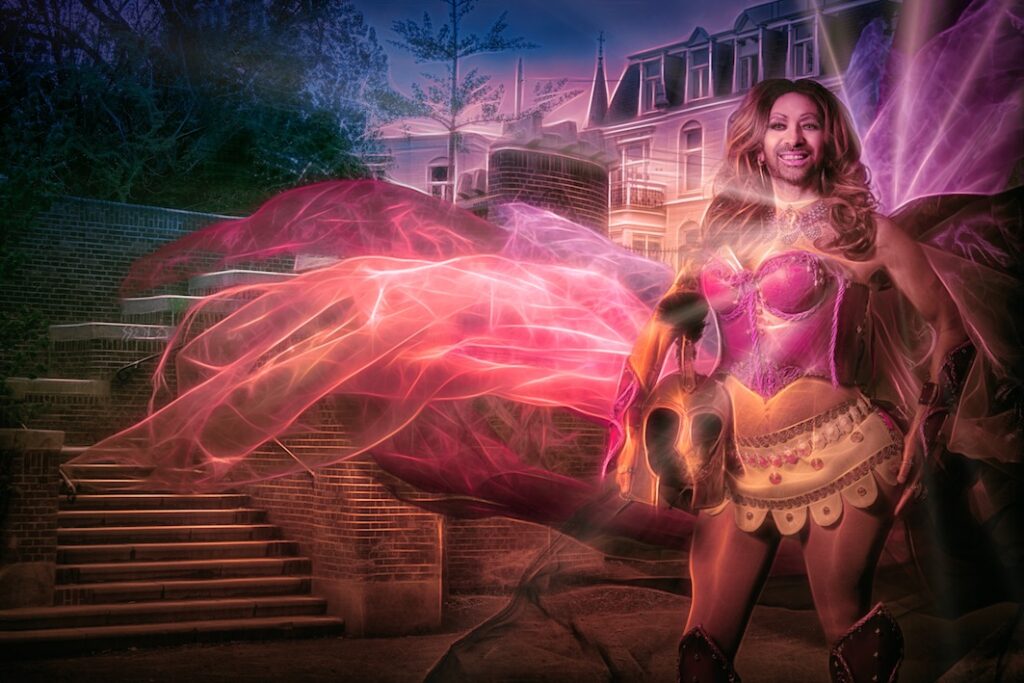 When Jennifer Hopelezz (aka Richard Keldoulis) shows up your party is guaranteed to get a kickstart. But there is more to Jennifer than just that. Her strong point is that she is able to mix drag and politics and conveys her message with heart and soul. “I make a stand for everything that has to do with gay sex.”

The roots of Jennifer (38) lie in Australia. She is born ‘Down under’ and has her coming out as Jennifer Hopelezz during the world famous Mardi Gras in Sydney. A bit awkward on the high heels at first but getting used to it quickly. She receives great acclaim and admiration. “In Australia it is not unusual to see bearded men can simply be in drag.” Richard fully agrees with the character and type of Jennifer. “She is a businesswoman, single mother, activist and a sports fanatic.” It is not surprising that she was initiator of the Drag Queen Olympics, which is a huge success. Many drag queens have ran their round around the Westerchurch, thrown their handbags and pitched their volleyballs on their stiletto heels.

Around the turn of the century she came to the Netherlands because of it’s freedom at all sexual levels. And she has never regretted it. “Here everything goes.”

Political activism is her second nature. “When you are dressed up you stand in the spotlight and that is when I can put out my message.” For years now she is committed to the fact that PreP is not yet reimbursed by the general health insurance. “I get angry and sad that it takes so long. It is simply no longer justifiable to wait. ” The meaning of sex cannot be underestimated. “It’s a positive thing if you do it in a safe and responsible way.”

She does not have to think twice about who her great hero is. That is unmistakably Fabiola. “As a drag she was completely herself. She was not always taken seriously, but got all the attention. She stood up for people without a voice. ”

As ambassador, Jennifer is committed to promoting sex. “We do not exist without sex.” With her performances, sharp voice and radiance, Jennifer will send a strong signal and continue to fight for an open society and free sex.