Het Roze Amsterdammertje was a collaboration between the Rainbow Awards and Amsterdam Gay Pride in 2015 when they joined forces to present the awards at a red-carpet gala at the Tuschinski theater on Monday June 29th.

Het Roze Amsterdammertje 2015 was given to Jan-Willem De Bruin from COC Nederland. He received the award because of his passionate effort. De Bruin has been working for COC Nederland since 2003 and was involved as a volunteer at the youth organization Expreszo. He is one of those people that always makes sure everything is sorted, but never shines the light on himself. 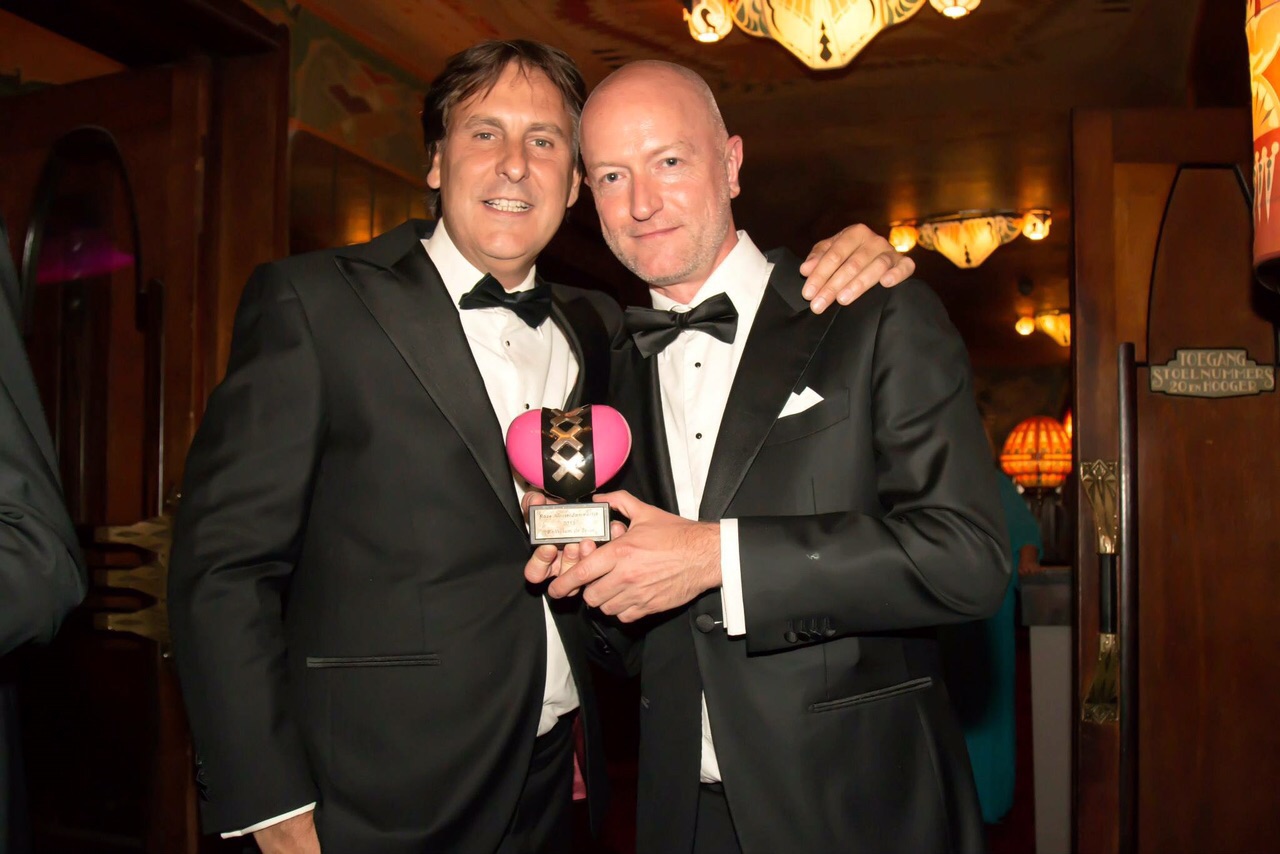