In 2017 the prize was given to Olaf Kok, a driven entrepreneur from the East side of the country who has been involved in the festival since 2010. Every year Olaf comes with lots of trucks and busses full of volunteers from Enschede to our capital City to stay here for a week and produce the main stage for Pride.

In the last seven years we have got to know Olaf as a first-class organizer and true friend of our Pride. He has never made a profit from his unlimited effort. And even when there was a prize, he gave it directly to all the volunteers to thank them for their hard work. 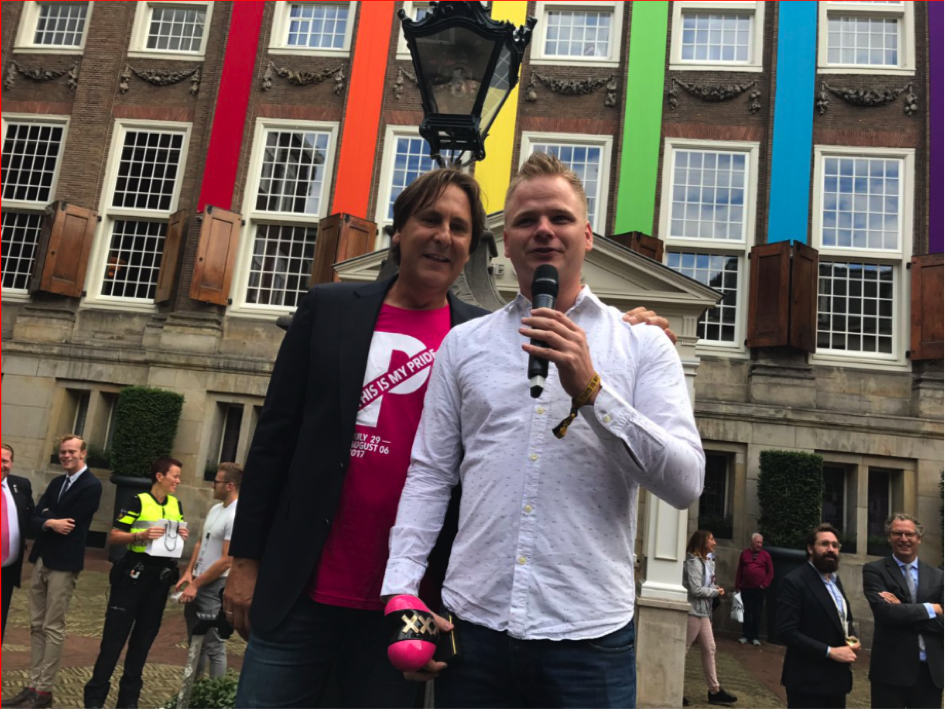