As part of the Senior Pride Concert in 2018, the Amsterdam Gay Pride foundation awarded Het Roze Amsterdammertje (The Pink Amsterdam Award). With this award the organization wants to shine a spotlight on over 4000 employees and volunteers people who are involved in Pride Amsterdam.

During the concert on the Nieuwemarkt in Amsterdam Oebele Kooistra received this year’s Roze Amsterdammertje, awarded to him by director Lucien Spee from Pride Amsterdam. “Het Roze Amsterdammertje is a yearly award that is given to people who play an important part behind the scenes or to those who have put extraordinary amount of effort into the organization of Pride.” Spee says. The pink heart with the stipe and the three crosses of Amsterdam symbolizes the warm and pink heart that the receiver has for Pride in Amsterdam. “Every year we want to recognise those special people who have played in important part behind the scenes. To give it more power, we let artist René Rikkelman design the award.”

This year the prize goes to Oebele Kooistra, the silent force behind Senior Pride. “He if the founder of the festival which was founded in 2006. It’s a festival with burlesque elements, humor and especially content. Those are the pillars.” Spee tells us. Since the beginning of Senior Pride, Oebele is producing the event with lots of passion, enthusiasm and spirit. His motto is: “Don’t forget, we are doing this for the elderly. In 2014 he started to organize the event under the umbrella of Amsterdam Gay Pride. It’s an important event. It’s a part of Pride that gives attention to all our heroes from the past. But, Oebele is a hero himself. 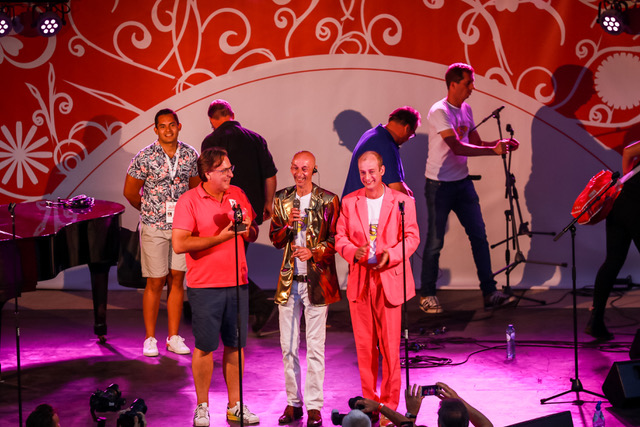