A better future with Ellie Lust 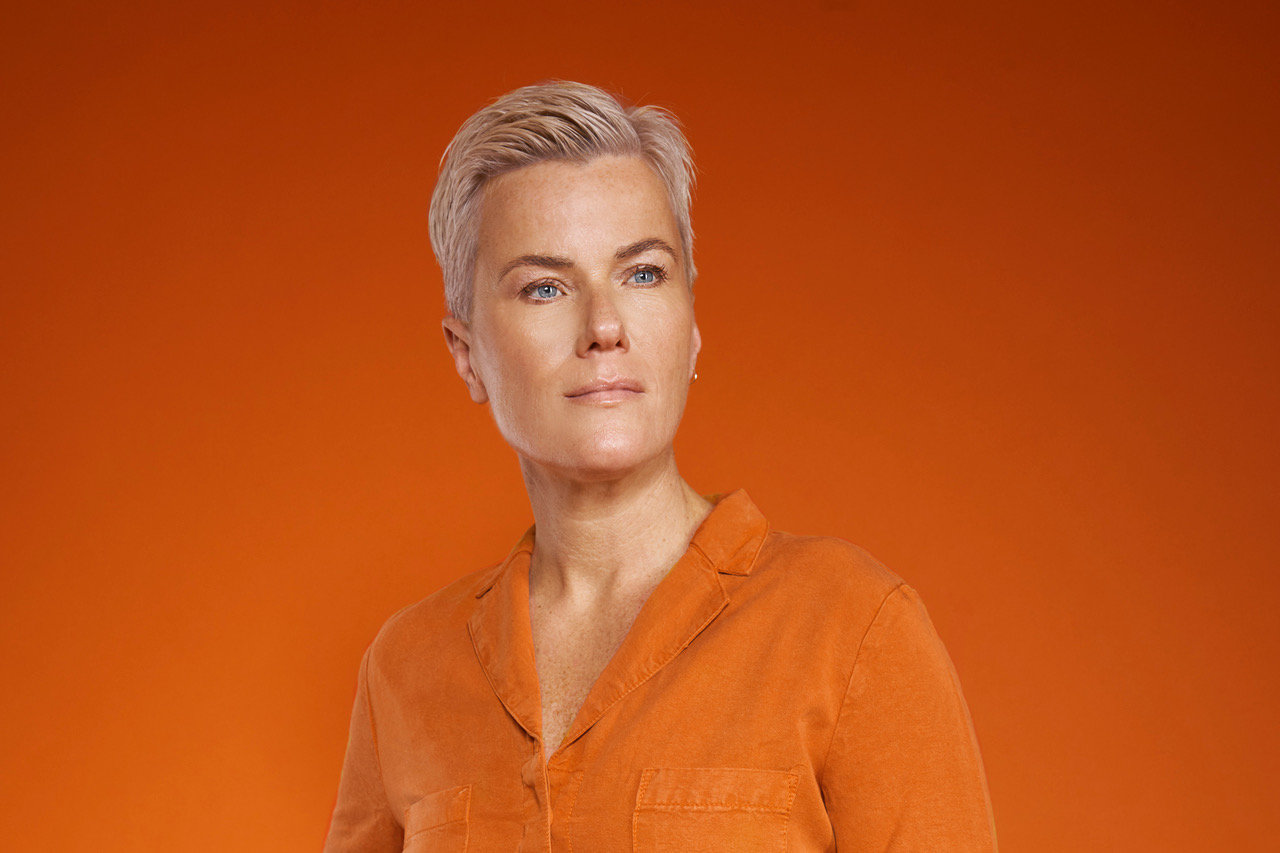 When it comes to life Ellie Lust doesn’t exclude anything. “The moment you start doing that, you will only limit yourself. Think freely. Stand in your own shop and take whatever you need from the shelves.” It is an attitude that goes perfectly with her new role as ambassador for Pride Amsterdam. The 52-year-old ex-police officer gained fame as a spokesperson for the police in the Dutch version of television program Crime Watch(‘Opsporing Verzocht’). Since almost a year she is a freelance television professional. We talked to Lust about her ambassadorship, her career switch and a couple of polar bears that she met along the way.

Ellie, you have been an active and outspoken member of the pride community– as you like to call it. You are one of the people who initiated police network ‘Pink in Blue’ (‘Roze in Blauw’). Can you tell us more about this initiative?

“’Pink in Blue’ is a network within the Dutch police force that battles unacceptable behaviour and violence targeted at lesbians, gay men and bisexuals and people with a differing gender identity. We started in 1998 just before the launch of the Gay Games with a small group of colleagues. We wanted to inform foreign visitors and athletes taking part in the Gay Games that they had nothing to fear from the local police. That is when we discovered that there is a need for our organization in Amsterdam as well. We found out that a lot of LGBT people didn’t report acts of violence or abuse and that there were more cases of violence than we knew. My colleagues and I fought for years to get recognition for ‘Pink in Blue’ and its important work. Since then we have evolved into a rock solid national network.”

We are really proud that you agreed to become an ambassador for Pride Amsterdam this year. Why did you say ‘yes’ to the ambassadorship?

“I am not professionally involved with ‘Pink in Blue’ anymore ever since I stopped working for the police in October 2018. But I think it is important to work for the pride community in other ways. There are plenty of people who are afraid to be themselves for all kinds of reasons. As ambassador I want to show others that you are ok the way you are; that no kind of love should be condemned. To quote Dutch human rights activist and former politician Boris Dittrich: ‘The future is not in front of you, the future is inside of you.’ And I fully agree with that! I hope to inspire others. Wouldn’t it be beautiful if I could empower young girls that are struggling with their identity with my story? Life becomes more beautiful when you come out of the closet because you don’t deny yourself anymore. It does get better!”

You have worked 31 years for the Amsterdam police force. How did you experience the switch from police officer to television professional and host?

“That was quite challenging. It wasn’t necessarily my wish to leave the police, but that is the way the cookie crumbled. A few months have passed and I am enjoying my freedom. I do what I want to do and I don’t have to ask permission from anyone. Sometimes I look at my schedule and discover that I only have a crossfit class that day. And I really enjoy that! But there are also weeks that I am working nonstop every day, from early morning to night. And I love that as well! There are so many great projects coming up that I am really looking forward to the future.”

Your television program ‘Ellie on Patrol’ (‘Ellie op Patrouille’) is starting its second season in April on Dutch national television. In every episode you become an active member of the police in countries worldwide. How was it to make this series?

“When I joined the police all those years ago I never could have imagined that I would be travelling all over the world for my own television program. Our new series was a tough one to make. Someone dies in my hands in Argentina. We travel to El Salvador – one of the most dangerous countries in the world, where 25 people get murdered every day – and we also went to Churchill in Canada – this small town is on the route of polar bears that are travelling north every October. Sometimes there are six polar bears per week walking through the village. The local police force consists of three people, four including Ellie Lust. During that month they are mostly busy with keeping the polar bears out of town. In Churchill car doors are always unlocked; when there is suddenly a polar bear right in front of you, you need to get yourself to safety immediately. I talked to a woman who walked home with friends after a party. They suddenly saw a polar bear coming around the corner. He walked past her friends and grabbed her as if she was a seal. He put her head in his mouth, shook her up and down and scalped her in the process. She survived because a neighbour was brave enough to attack the bear. I also visited Jordan for the series. I took part in police raids but I also went on patrol on a camel in the desert. Imagine me making my way through the sand on this enormous animal. It is a lot of hard work, but it is a fantastic job. I won a lot of lotteries in life: I grew up in a loving and tight knit family unit; I live in a country where I am free and where I can live safely; and I have the privilege to make this television series. I am truly grateful for that!”

In closing let us get back to the pride. What does this years theme ‘remember the past, create the future’mean to you?

“Pride Amsterdam commemorates 50 years of Stonewall this year. Those riots in New York were a turning point in the battle for equal rights for our community. We wouldn’t have had this conversation now if that history hadn’t taken place. Past, present and future are inextricably linked. I want to challenge people by asking this question: where do you want to be in a year from now as an individual and as a community? What role will you play in creating a better future? What will you do to reach that goal? It would be amazing if everyone contributed a little bit to that cause. By opening up for example. I almost never see gay men walking hand in hand on the street. The same goes for womenwho are in a relationship. They are afraid because they feel unsafe. I think that is completely unacceptable. That affection isn’t something that should be hidden! But my police heart still says: please pay attention! I have talked to a lot of victims after an assault that said ‘it didn’t feel right from the beginning.’ You should listen to that inner feeling, because it doesn’t lie. I invite anyone to peacefully stand on the barricades with me to create a better future for all the generations that come after us.”