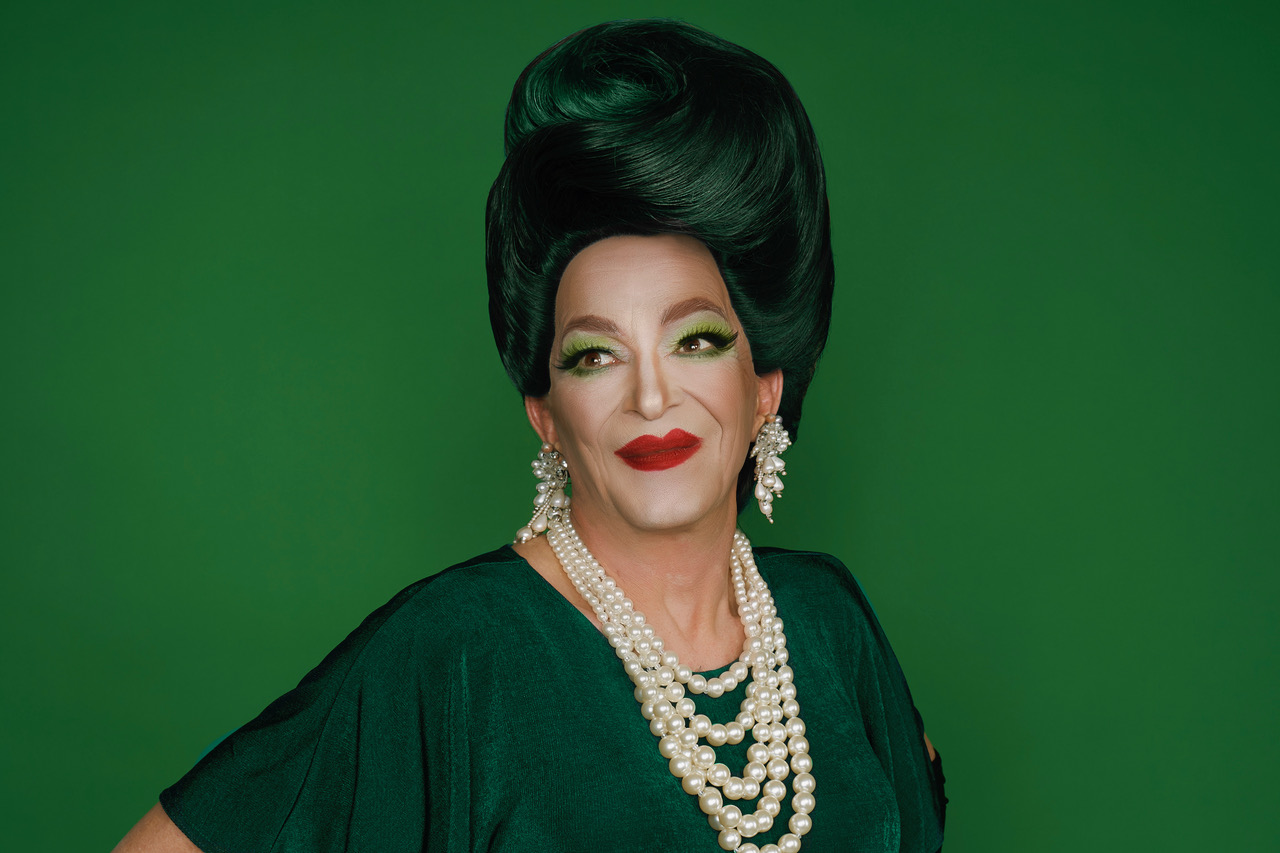 The ice is soon broken when he starts telling about his life, career and love. At the beginning of her career: “I was just 16 when I started with transvestism. Shortly after that, I formed the Paradise Blossoms duo. It was great.” As Bloody Bette, a life-like imitation of the famous singer Bette Midler, he is very successful. “The people went crazy. In a short time, I was in Berlin, London and Paris. What a wonderful year.”

PARIS
Love later brings him to Switzerland, where he will study at a private secretarial school. The shy Limburg boy learns to speak French flawlessly. Laughing: “I was the first and only man at that school.” However, things change and Paris with its many night clubs beckons. During the day he works in a private clinic where famous French people such as Simone Signoret and Mitterand attend and Ger has to work very hard. The doctor only pays for school and the metro. He looks at me meaningfully when I ask him what the doctor actually did. “It was a kind of addiction clinic.”

On a sunny day, he meets an accordionist in the street, painted up like a Pierrot. For half a year they perform together dancing and singing. Because he looks very androgynous as a boy, a black dress, wig and lipstick is enough to perform as Maurice where he has been coming for years. He has a wonderful time as Maurice. This way, he can enjoy Paris at the same time. As Bette, he wore a lot of makeup, in Paris nothing at all.

SCORES
He is just 24 when he returns to the Netherlands. “It was love again. Now it brought me to Amsterdam. For five years he receives singing lessons as a tenor here, but during an audition, for the conservatory, it soon becomes apparent that he is a bass-baritone. “I didn’t want to change the technology, start again and, moreover, I didn’t have the discipline that the profession demands from you. I would rather dance in the Roxy than study scores.” Through his singing studies, Ger gains deep respect for classical singers. “It’s a tough job, it’s unprecedented what you have to leave if your instrument is your body.”

His voice sounds like a clock. “At the start of my singing study, I discovered that I was bass/baritone. However, I had no discipline to continue with my singing studies.” He is a pure bon vivant, he continues. Going out and parties are more dear to him.

At the end of the eighties, he meets the just starting Dolly Bellefleur. “At the very beginning, Dolly had her own show in the small Anthony Theater in the red light district. I was one of her guests in the show. When I think back to that time, what a fantastic period it was.” At the same time, it is the period in which a disease is manifesting itself and bringing a blow to the gay community.” AIDS had a profound impact. I lost a lot of friends.” He becomes too depressed to be able to sing. Nothing came out of my throat anymore. Stops for a moment. “I missed my buddies. It still grabs my throat.”

MORE THAN A VOICE
He realizes that he is more than just a voice and follows his heart. Because he speaks French so well, he has the jobs for the taking. “I started working at a bank and did that for more than 25 years. “During these years, he consciously hangs his dresses up.”

BET
Ten years ago, a friend challenged him and made a bet with Ger. According to that friend, he no longer dares to act as a drag. He won’t let that be said twice. He makes a bet and wins. He is then on stage under the name Vic-toria. “I thought it was a nice reference to the old Queen Victoria of England. Later the addition False came.” It has nothing to do with the Dutch word false. Everything about my appearance is fake, from breasts to buttocks and from eyelashes to hair. But Victoria is definitely not a mean woman.” But if you make fun of her, she will take you back hard, he assures you.

“How did I feel when I was back on stage? It was as if I had never taken off my heels. Wow, what a super feeling. What an experience. I always compare it to an addiction.”

It is not surprising that he decides to take his dresses out of the closet.

The summer of the Gay Games is still clearly on his mind. “It was a summer that I will never forget. The city was shaken to its foundations. “Reflecting:” There was so much happiness in Amsterdam. I hope to find that energy back during this Pride. I was very proud that we could walk hand in hand then hand in hand. That is how it should always be. ”

ISSUE
With heart and soul, he will work as an ambassador for the elderly LGBT-people this year. During  Pride, he will perform in various retirement homes. “When I see those happy faces, that makes me so happy.” Then he touches on something that he sees as a nation-wide problem. When he performs, he sees and hears stories about the elderly scolding, shutting out each other and gossiping. “That hurts me so much. Often it also happens secretly. Gays and lesbians can have a hard time. I want to be committed to them.” To add: “Never sit on God’s throne.”

“Do you know that I got terribly angry when the Nashville statement came out? We really have to be careful that history does not repeat itself.” He sees it as his job as an ambassador to build a bridge between two generations. “Young people today can enjoy the freedom that the generation fought hard for them. Everyone could commemorate this.”

He pauses for a moment and then says: “I am proud of who I am. I have always taken the liberty of doing what I wanted. I never cared about anything. Now I am fighting for the pink elderly. Because exclusion is never allowed, not then, not now and not in the future.” Pride Amsterdam and the elder-ly cannot wish for a fiercer advocate. “Life is just love”.

“EXCLUSION MAY NEVER HAPPEN, NOT THEN, NOT NOW AND NOT IN THE FUTURE”

“I DIDN’T TAKE ANYTHING FROM ANYTHING”

“THE HISTORY OF INTOLERANCE AND DISCRIMINATION SHOULD NEVER REPEAT”